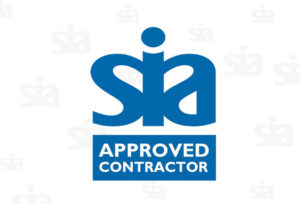 Door supervisor who ignored the SIA prosecuted for working without a licence – Being a leading security firm in the UK I have a keen in interest in keeping up to day with what is happening in the security industry.  As such I keep fully up to date with all the news provided by the Security Industry Authority (SIA). So I found it really interesting to read about what happened to a door supervisor / security guard who ignored SIA rules and was prosecuted for working without a licence.

The Door supervisor in question worked in a County down bar in Northern Ireland, UK. He was caught working without a licence and was given a court sentence.  The guard plead guilty and was fined a total of almost £600. The security guard in question now has a criminal conviction and is unlikely to find work in the security industry again as a result of this.

Here is what Pete Easterbrook, part of the SIA criminal investigation team had to say:

“Door supervisors have a vital role to play in ensuring the safety of the public.  They are placed into positions of trust and responsibility, and it is for this reason that they are regulated by the Security Industry Authority. We mandate effective training, and ensure that licences are only issued to those who meet strict eligibility criteria with regard to criminality and other disqualifying factors.
The law is very clear that both working without a licence and supplying an unlicensed security operative are criminal offences. Doing so places the public at risk and is entirely unacceptable. There is a small minority of people within the security industry in Northern Ireland who believe that they are above the law, and can do as they wish. This will not be tolerated, and I would urge those people to think very carefully about the consequences of their actions. Compliance with the law is not optional, and those who seek to undermine public safety in this way can expect to be prosecuted.”

According to the SIA,  the guard in question initially claimed that he was working in-house for Roma’s. However, investigators subsequently discovered that this was not the case.

The door supervisor was asked  to attend an interview at Newtownards Police Station at the start of June 2018. However they failed to appear, despite assuring investigators that he would be present. He then refused to engage at all  and as a result was summoned to appear at Newtownards Magistrates’ Court, where upon his third appearance he pled guilty.​​

If you would like to read the original article published by the SIA please click the following link:

About the Author: web team