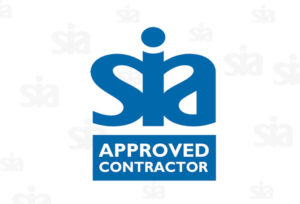 The SIA South East Partnerships and Interventions teams were at Hertfordshire Constabulary are at the Forum, the Student Union bar of the University of Hertfordshire. They were sharing best-practice guidance on safer physical intervention for door supervisors as a reminder of how to keep their clients and themselves safe.  We decided it would be a good idea to share the aims of the event for the SIA with our audience
According to the SIA the aims of the event were to promote the importance of safer restraint and reduce any possible violence during the festive season.
The initiative marks the Hatfield leg of a campaign to improve students’ safety during the Christmas partying season. The team shared a poster and leaflets on Safer Physical Intervention for Door Supervisors at the campus’ student bar. It features guidance and illustrations of best practice for safer restraint. It was intended as a quick reminder for Door Supervision licence holders and relates to the training they received in physical intervention.
Kevin Young, SIA Regional Investigations Manager, South Region, says that the initiative is a positive way to promote safer working practices at venues that are likely to encounter violence.

We want Hatfield’s students and young people to have a great night out and go home this Christmas unharmed. It also ensures the safety of the licensed door supervisors who work at these venues, the majority of whom do a very good job in challenging circumstances.”

The initiative is supported by Hertfordshire Constabulary and the University of Hertfordshire.
Accoding to the SIA the campaign seeks to encourage businesses and door supervisors in Hatfield’s night time economy to report incidents to the police so that they can get an accurate picture of the level of violence that takes place against students and door supervisors. Incidents can be reported anonymously to Crime Stoppers on 0800 555 111 or via the SIA website.
The *National Crime Statistics reveals that victims of assault are usually male (2.1% compared with 1.3% of women) and they account for a larger proportion of victims of violence with injuries sustained by people aged between 16 and 24 (53% compared with women at 47%). Incidents of violence increase when alcohol is involved.
Ends
Notes to Editors:
1. By law, security operatives working under contract must hold and display a valid SIA licence. Information about SIA enforcement and penalties can be found on the website.
2. The nature of violent crime in England and Wales: year ending March 2017​ year ending March 2017.  Office of National Statistics published 8 February 2018. Definition of violent crime: “All violence” includes violence with injury (wounding, assault with minor injury), and violence without injury.
Further information:
The Security Industry Authority is the organisation responsible for regulating the private security industry in the United Kingdom, reporting to the Home Secretary under the terms of the Private Security Industry Act 2001. The SIA’s main duties are: the compulsory licensing of individuals undertaking designated activities; and managing the voluntary Approved Contractor Scheme.
For further information about the Security Industry Authority or to sign up for email updates visit: www.sia.homeoffice.gov.uk. The SIA is also on Facebook (Security Industry Authority), Linked In and Twitter ​(@SIAuk).
By web team|2019-02-26T08:41:27+00:00December 20th, 2018|Uncategorized|0 Comments

About the Author: web team